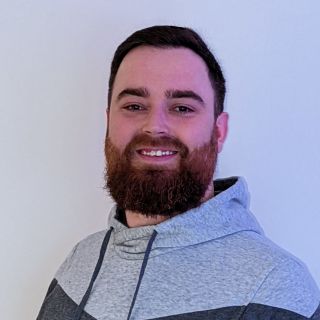 I currently lead 3 Data Analytics Teams at Taxfix and have a strong focus on Business, Marketing & Operations Analytics.

Yes, it was very helpful and productive for me as I was able to gain insight from someone with knowledge in the field I am looking to enter.

Andre was great. He knows how to listen and ask the right question during the conversation. We went through all my dilemmas and agreed on a plan how to move forward. It was an absolute pleasure.

I had an enlightening conversation with Andre. He answered all of my prepared questions and cleared up some of confusing details for me especially when it comes to skillsets.

My session with Andre was amazing.. He took the time to explain and simplify the Analytics process for me. He also explained the necessary skillset I need to build an interesting career in the analytics world.

Absolutely. You were was very professional. Thank you again.

No Rules Rules - Netflix and the Culture of Reinvention

*** Shortlisted for the 2020 Financial Times & McKinsey Business Book of the Year *** It's time to do things differently. Trust your team. Be radically honest. And never, ever try to please your boss. These are some of the ground rules if you work at Netflix. They are part of a unique cultural experiment that explains how the company has transformed itself at lightning speed from a DVD mail order service into a streaming superpower - with 190 million fervent subscribers and a market capitalisation that rivals the likes of Disney. Finally Reed Hastings, Netflix Chairman and CEO, is sharing the secrets that have revolutionised the entertainment and tech industries. With INSEAD business school professor Erin Meyer, he will explore his leadership philosophy - which begins by rejecting the accepted beliefs under which most companies operate - and how it plays out in practice at Netflix. From unlimited holidays to abolishing approvals, Netflix offers a fundamentally different way to run any organisation, one far more in tune with an ever-changing fast-paced world. For anyone interested in creativity, productivity and innovation, the Netflix culture is something close to a holy grail. This book will make it, and its creator, fully accessible for the first time.

Turn the Ship Around! - A True Story of Turning Followers into Leaders

“One of the 12 best business books of all time…. Timeless principles of empowering leadership.” – USA Today "The best how-to manual anywhere for managers on delegating, training, and driving flawless execution.” —FORTUNE Since Turn the Ship Around! was published in 2013, hundreds of thousands of readers have been inspired by former Navy captain David Marquet’s true story. Many have applied his insights to their own organizations, creating workplaces where everyone takes responsibility for his or her actions, where followers grow to become leaders, and where happier teams drive dramatically better results. Marquet was a Naval Academy graduate and an experienced officer when selected for submarine command. Trained to give orders in the traditional model of “know all–tell all” leadership, he faced a new wrinkle when he was shifted to the Santa Fe, a nuclear-powered submarine. Facing the high-stress environment of a sub where there’s little margin for error, he was determined to reverse the trends he found on the Santa Fe: poor morale, poor performance, and the worst retention rate in the fleet. Almost immediately, Marquet ran into trouble when he unknowingly gave an impossible order, and his crew tried to follow it anyway. When he asked why, the answer was: “Because you told me to.” Marquet realized that while he had been trained for a different submarine, his crew had been trained to do what they were told—a deadly combination. That’s when Marquet flipped the leadership model on its head and pushed for leadership at every level. Turn the Ship Around! reveals how the Santa Fe skyrocketed from worst to first in the fleet by challenging the U.S. Navy’s traditional leader-follower approach. Struggling against his own instincts to take control, he instead achieved the vastly more powerful model of giving control to his subordinates, and creating leaders. Before long, each member of Marquet’s crew became a leader and assumed responsibility for everything he did, from clerical tasks to crucial combat decisions. The crew became completely engaged, contributing their full intellectual capacity every day. The Santa Fe set records for performance, morale, and retention. And over the next decade, a highly disproportionate number of the officers of the Santa Fe were selected to become submarine commanders. Whether you need a major change of course or just a tweak of the rudder, you can apply Marquet’s methods to turn your own ship around.

Featuring a new preface, afterword and Radically Candid Performance Review Bonus Chapter, the fully revised & updated edition of Radical Candor is packed with even more guidance to help you improve your relationships at work. 'Reading Radical Candor will help you build, lead, and inspire teams to do the best work of their lives.' – Sheryl Sandberg, author of Lean In. If you don't have anything nice to say then don't say anything at all . . . right? While this advice may work for home life, as Kim Scott has seen first hand, it is a disaster when adopted by managers in the work place. Scott earned her stripes as a highly successful manager at Google before moving to Apple where she developed a class on optimal management. Radical Candor draws directly on her experiences at these cutting edge companies to reveal a new approach to effective management that delivers huge success by inspiring teams to work better together by embracing fierce conversations. Radical Candor is the sweet spot between managers who are obnoxiously aggressive on the one side and ruinously empathetic on the other. It is about providing guidance, which involves a mix of praise as well as criticism – delivered to produce better results and help your employees develop their skills and increase success. Great bosses have a strong relationship with their employees, and Scott has identified three simple principles for building better relationships with your employees: make it personal, get stuff done, and understand why it matters. Radical Candor offers a guide to those bewildered or exhausted by management, written for bosses and those who manage bosses. Drawing on years of first-hand experience, and distilled clearly to give practical advice to the reader, Radical Candor shows you how to be successful while retaining your integrity and humanity. Radical Candor is the perfect handbook for those who are looking to find meaning in their job and create an environment where people love both their work and their colleagues, and are motivated to strive to ever greater success.

The #1 New York Times bestseller. Over 4 million copies sold! Tiny Changes, Remarkable Results No matter your goals, Atomic Habits offers a proven framework for improving--every day. James Clear, one of the world's leading experts on habit formation, reveals practical strategies that will teach you exactly how to form good habits, break bad ones, and master the tiny behaviors that lead to remarkable results. If you're having trouble changing your habits, the problem isn't you. The problem is your system. Bad habits repeat themselves again and again not because you don't want to change, but because you have the wrong system for change. You do not rise to the level of your goals. You fall to the level of your systems. Here, you'll get a proven system that can take you to new heights. Clear is known for his ability to distill complex topics into simple behaviors that can be easily applied to daily life and work. Here, he draws on the most proven ideas from biology, psychology, and neuroscience to create an easy-to-understand guide for making good habits inevitable and bad habits impossible. Along the way, readers will be inspired and entertained with true stories from Olympic gold medalists, award-winning artists, business leaders, life-saving physicians, and star comedians who have used the science of small habits to master their craft and vault to the top of their field. Learn how to: • make time for new habits (even when life gets crazy); • overcome a lack of motivation and willpower; • design your environment to make success easier; • get back on track when you fall off course; ...and much more. Atomic Habits will reshape the way you think about progress and success, and give you the tools and strategies you need to transform your habits--whether you are a team looking to win a championship, an organization hoping to redefine an industry, or simply an individual who wishes to quit smoking, lose weight, reduce stress, or achieve any other goal.

Multipliers, Revised and Updated - How the Best Leaders Make Everyone Smarter

A revised and updated edition of the acclaimed Wall Street Journal bestseller that explores why some leaders drain capability and intelligence from their teams while others amplify it to produce better results. We’ve all had experience with two dramatically different types of leaders. The first type drains intelligence, energy, and capability from the people around them and always needs to be the smartest person in the room. These are the idea killers, the energy sappers, the diminishers of talent and commitment. On the other side of the spectrum are leaders who use their intelligence to amplify the smarts and capabilities of the people around them. When these leaders walk into a room, light bulbs go off over people’s heads; ideas flow and problems get solved. These are the leaders who inspire employees to stretch themselves to deliver results that surpass expectations. These are the Multipliers. And the world needs more of them, especially now when leaders are expected to do more with less. In this engaging and highly practical book, leadership expert Liz Wiseman explores these two leadership styles, persuasively showing how Multipliers can have a resoundingly positive and profitable effect on organizations—getting more done with fewer resources, developing and attracting talent, and cultivating new ideas and energy to drive organizational change and innovation. In analyzing data from more than 150 leaders, Wiseman has identified five disciplines that distinguish Multipliers from Diminishers. These five disciplines are not based on innate talent; indeed, they are skills and practices that everyone can learn to use—even lifelong and recalcitrant Diminishers. Lively, real-world case studies and practical tips and techniques bring to life each of these principles, showing you how to become a Multiplier too, whether you are a new or an experienced manager. This revered classic has been updated with new examples of Multipliers, as well as two new chapters one on accidental Diminishers, and one on how to deal with Diminishers. Just imagine what you could accomplish if you could harness all the energy and intelligence around you. Multipliers will show you how.

The Culture Map - Breaking Through the Invisible Boundaries of Global Business

An international business expert helps you understand and navigate cultural differences in this insightful and practical guide, perfect for both your work and personal life. Americans precede anything negative with three nice comments; French, Dutch, Israelis, and Germans get straight to the point; Latin Americans and Asians are steeped in hierarchy; Scandinavians think the best boss is just one of the crowd. It's no surprise that when they try and talk to each other, chaos breaks out. In The Culture Map, INSEAD professor Erin Meyer is your guide through this subtle, sometimes treacherous terrain in which people from starkly different backgrounds are expected to work harmoniously together. She provides a field-tested model for decoding how cultural differences impact international business, and combines a smart analytical framework with practical, actionable advice.