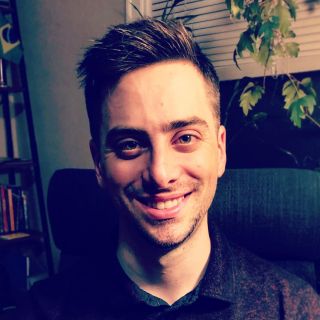 I look forward to chatting with new grads, early-in-career and career switching software developers with their programming and career questions. I was a senior software engineer at Microsoft working on Visual Studio, Xbox and Windows with C++ and C#, and I have some experience in the video game industry. I am now working at a startup developing the Arc web browser. My career path is a little unconventional as I took two separate year-long sabbaticals to travel and live in different countries.

I'm passionate about personal development, code design, learning, internationalization, organizing information, personal finance and leveraging your benefits, networking with people, and public speaking. I taught myself programming as a teen to develop video games and got a computer science degree from McGill University in Canada.

Tristan didn't receive any reviews yet.

Time to Think - Listening to Ignite the Human Mind

Most people think they listen well, but they rarely do - not at this level. Listening this way is a radical act. The power of effective listening is recognised as the essential tool of good management. In this book, Nancy Kline describes how we can achieve this, and presents a step-by-step guide that can be used in any situation. Whether you want to have more productive meetings, solve business problems, create bold strategies, or build stronger relationships, this book offers you a new world of possibilities. From blue chip companies developing high-powered teams to individuals seeking personal growth, a Thinking Environment has come to mean transformation of the highest quality. 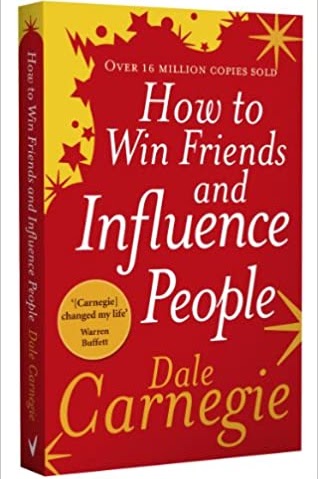 How to win Friends and Influence People

You can go after the job you want—and get it! You can take the job you have—and improve it! You can take any situation—and make it work for you! Dale Carnegie’s rock-solid, time-tested advice has carried countless people up the ladder of success in their business and personal lives. One of the most groundbreaking and timeless bestsellers of all time, How to Win Friends & Influence People will teach you: -Six ways to make people like you -Twelve ways to win people to your way of thinking -Nine ways to change people without arousing resentment And much more! Achieve your maximum potential—a must-read for the twenty-first century with more than 15 million copies sold!

Getting Things Done - The Art of Stress-Free Productivity

The book Lifehack calls "The Bible of business and personal productivity." "A completely revised and updated edition of the blockbuster bestseller from 'the personal productivity guru'"—Fast Company Since it was first published almost fifteen years ago, David Allen’s Getting Things Done has become one of the most influential business books of its era, and the ultimate book on personal organization. “GTD” is now shorthand for an entire way of approaching professional and personal tasks, and has spawned an entire culture of websites, organizational tools, seminars, and offshoots. Allen has rewritten the book from start to finish, tweaking his classic text with important perspectives on the new workplace, and adding material that will make the book fresh and relevant for years to come. This new edition of Getting Things Done will be welcomed not only by its hundreds of thousands of existing fans but also by a whole new generation eager to adopt its proven principles.

Data is at the center of many challenges in system design today. Difficult issues need to be figured out, such as scalability, consistency, reliability, efficiency, and maintainability. In addition, we have an overwhelming variety of tools, including relational databases, NoSQL datastores, stream or batch processors, and message brokers. What are the right choices for your application? How do you make sense of all these buzzwords? In this practical and comprehensive guide, author Martin Kleppmann helps you navigate this diverse landscape by examining the pros and cons of various technologies for processing and storing data. Software keeps changing, but the fundamental principles remain the same. With this book, software engineers and architects will learn how to apply those ideas in practice, and how to make full use of data in modern applications. Peer under the hood of the systems you already use, and learn how to use and operate them more effectively Make informed decisions by identifying the strengths and weaknesses of different tools Navigate the trade-offs around consistency, scalability, fault tolerance, and complexity Understand the distributed systems research upon which modern databases are built Peek behind the scenes of major online services, and learn from their architectures

Shoe Dog - A Memoir by the Creator of Nike

In this instant and tenacious New York Times bestseller, Nike founder and board chairman Phil Knight “offers a rare and revealing look at the notoriously media-shy man behind the swoosh” (Booklist, starred review), illuminating his company’s early days as an intrepid start-up and its evolution into one of the world’s most iconic, game-changing, and profitable brands. Bill Gates named Shoe Dog one of his five favorite books of 2016 and called it “an amazing tale, a refreshingly honest reminder of what the path to business success really looks like. It’s a messy, perilous, and chaotic journey, riddled with mistakes, endless struggles, and sacrifice. Phil Knight opens up in ways few CEOs are willing to do.” Fresh out of business school, Phil Knight borrowed fifty dollars from his father and launched a company with one simple mission: import high-quality, low-cost running shoes from Japan. Selling the shoes from the trunk of his car in 1963, Knight grossed eight thousand dollars that first year. Today, Nike’s annual sales top $30 billion. In this age of start-ups, Knight’s Nike is the gold standard, and its swoosh is one of the few icons instantly recognized in every corner of the world. But Knight, the man behind the swoosh, has always been a mystery. In Shoe Dog, he tells his story at last. At twenty-four, Knight decides that rather than work for a big corporation, he will create something all his own, new, dynamic, different. He details the many risks he encountered, the crushing setbacks, the ruthless competitors and hostile bankers—as well as his many thrilling triumphs. Above all, he recalls the relationships that formed the heart and soul of Nike, with his former track coach, the irascible and charismatic Bill Bowerman, and with his first employees, a ragtag group of misfits and savants who quickly became a band of swoosh-crazed brothers. Together, harnessing the electrifying power of a bold vision and a shared belief in the transformative power of sports, they created a brand—and a culture—that changed everything.

Moonwalking with Einstein - The Art and Science of Remembering Everything

“Highly entertaining.” —Adam Gopnik, The New Yorker “Funny, curious, erudite, and full of useful details about ancient techniques of training memory.” —The Boston Globe The blockbuster phenomenon that charts an amazing journey of the mind while revolutionizing our concept of memory An instant bestseller that is poised to become a classic, Moonwalking with Einstein recounts Joshua Foer's yearlong quest to improve his memory under the tutelage of top "mental athletes." He draws on cutting-edge research, a surprising cultural history of remembering, and venerable tricks of the mentalist's trade to transform our understanding of human memory. From the United States Memory Championship to deep within the author's own mind, this is an electrifying work of journalism that reminds us that, in every way that matters, we are the sum of our memories.

Your Music and People - Creative and Considerate Fame

Every creator has the same problems with marketing. How do you call attention to your work? How do you get your creations into people's minds and hearts? How do you get fans to tell their friends? How do you charge money for your labor of love? How do you get the media to help? Derek Sivers was a professional musician before he started a music distribution company that helped 150,000 musicians sell their music to over four million people. So after years of living the problems, he was able to learn the solutions. "Your Music and People" shares a successful philosophy of getting your work to the world by being creative, considerate, resourceful, and connected. It's not just for musicians. Though it uses music as the example, it is meant for any creator trying to reach people. Early readers called it one of the best books ever written on business marketing. Example points include: Business is just as creative as music. Marketing is an extension of your art. Marketing means being considerate. Focus on others. Being weird is considerate. People skills are counterintuitive. To be helped, be helpful. Persistence is polite. Call the destination and ask for directions. Get specific about what you want. Be extreme and sharply defined. Proudly exclude most people. Money is just a neutral representation of value. Be valuable to others - not just yourself. People like to pay. Nobody knows the future, so focus on what doesn't change. The first 10,000 early buyers of "Your Music and People" have posted hundreds of 5-star reviews at sive.rs/m - but it is now being released to a wider audience.

The Bogleheads' Guide to Investing

The Bogleheads' Guide to Investing is a slightly irreverent, straightforward guide to investing for everyone. The book offers sound, practical advice, no matter what your age or net worth. Bottomline, become a Boglehead and prosper! Originally just the chat-line ruminations of Boglehead founder Taylor Larimore, and Morningstar forum leading cohorts Mel Lindauer and Michael LeBoeuf, their trusted advice has been brewed and distilled into an easy-to-use, need-to-know, no frills guide to building up your own financial well-being - so you can worry less and profit more from the investments you make. Invest like a Boglehead, and let their grassroots investment wisdom guide you down the path of long-term wealth creation and happiness, without all the worries and fuss of stock pickers and day traders. If you face a financial crisis or problem, or simply want to know what is prudent to do with the money you save, the Bogleheads will have the answers you need to help you gain your financial footing and keep it.

Hell Yeah Or No - What's Worth Doing

Useful wisdom. Simple profound mental models to guide your decisions. Overwhelmed? If you feel anything less than "hell yeah!" about something, say no. We say yes too often. By saying no to almost everything, you leave space and time in your life to throw yourself completely into the few things that matter most. After Derek Sivers' "hell yeah or no" rule was adopted by podcasters, bloggers, and investors, he compiled related ideas into this useful, profound, and surprising book around the themes of what's worth doing, fixing faulty thinking, and making things happen. Examples: Be proud to be a slow thinker. Goals shape the present, not future. Assume you're below average. Life has no speed limit. What's obvious to you is amazing to others. Relax for the same result. The first 15,000 early buyers of 'Hell Yeah or No' have posted hundreds of 5-star reviews at sive.rs/n - but it is now being released to a wider audience.